Electric company ahead of schedule 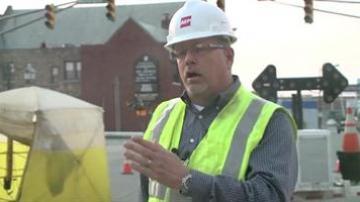 SOUTH BEND, Ind. -- AEP says they expect power to be restored as early as 7:00 am Sunday morning, noon at the latest. The Vice President of Indiana Michigan Power says his crews have been working non-stop and it's paying off.

According to the company, most of the connectors are in place and they're finished with four out of the five vaults that needed to be worked on.

“We’re a half hour behind our timeline to get all the splices in to hit that early morning time frame but we’re also ahead on some of the testing we need to do," said Tom Kratt, Vice President of Indiana Michigan Power.

Kratt says 15 to 20 people have been working the day shift and the same number working the night shift.

There are also another 3 dozen people working with customers and generators.