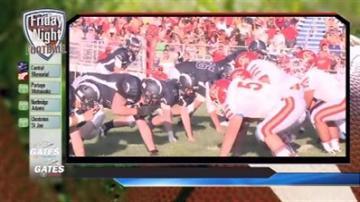 ELKHART, Ind.-- Tonight was a battle of the Mangy Lion between Elkhart Central and Elkhart Memorial.

The game started with a ton of turnovers and fumbles and the first touchdown came early in the game for Central when quarterback Vinny Schnell put his head down and snuck into the end zone.

The momentum stayed in Central's favor for the rest of the half.

Memorial tried to mount a comeback but it just didn't happen.

In the second half, sophomore Cosmo Discori came through for Central's offense and kicked a twenty-two yard field goal to set the Blue Blazers ahead three more.

With just under nine minutes left in the game he nailed another one between the bars to make the final score 13 to 0.

While this game was closer than last year's, Memorial still couldn't pull out a victory, and the lion will remain at Central for another year.