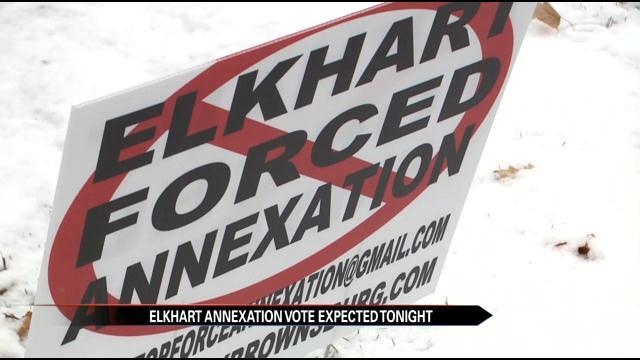 There is a lot attention around Monday's city council meeting in Elkhart. The hot topic on tonight's agenda is the approval of $250,000 to be used to pay outside legal expenses related to pending annexation lawsuits.

Karre says, “ We believe in transparency and everything that is going on in the government should be available to the people who are paying the taxes and they had an executive meeting last Monday and the public is not privileged that information.”

The lack of transparency that Karre speaks of is a major reason he plans to attend Monday night's council meeting.

Rose adds, “As fast as something can be voted in it can also be voted out. If the council takes heat of what really is going on, various members have said the administration is not truthful not only to the people but also to them.”

Rose also believes the council has not been forthcoming and he along with other protesters wants to make a point by making their presence felt inside council chambers.

Those against the second phase of annexation have been collecting signatures and monetary support but it's not adding up to the amounts the city is capable of collecting. Rose says it's nearly impossible for them to afford attorney fees that high.

But tonight at the meeting protesters can not speak against the legal fees.

“The city council's job is to initiate the process. The rest of the process belongs to the courts. Coming here tonight and voicing displeasure is just part of the process. It's welcomed, it's the way it should be. Ya know, having your own voice. We are not taking rights away,” says Henke

In this David versus Goliath battle, protesters plan to attend the meeting in large numbers.