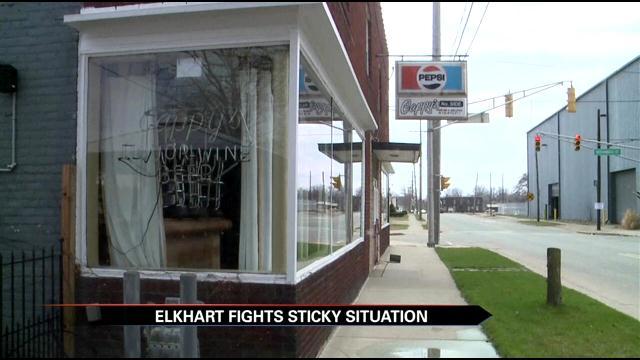 The City of Elkhart continues to battle its Fats, Oil, and Grease (FOG) problem. At the end of 2014, city leaders drafted an ordinance to battle the gunk.

The plan had food service establishments facing some major and expensive changes.

Those who would be affected by the ordinance and the city went back and forth reaching a revised ordinance that will be voted on at the April 6th Common Council meeting.

Lynn Brabec the Environmental Compliance Manager for the City of Elkhart has been working over the past four months to find a compromise with the food establishments affected by the FOG Ordinance.

“After the initial ordinance was presented fees were definitely a concern by many people,” says Brabec.

One of those concerned business owners includes Merle Anderson who owns Cappy's in Elkhart.

“A lot of our plumbing equipment is not up to the most current standards available,” says Anderson.

Anderson says the building Cappy's is located in is almost 100 years old. He adds that having to install a new sewer system and grease trap like the original ordinance required could have cost him up to $50,000.

“This will affect everybody,” says Anderson.

So when the Department of Public Works adjusted the proposed ordinance, Anderson and others welcomed the changes.

“They are going to take into account what we have, to work with us. So we don't have to make major modification,” says Anderson.

The original mandate called for updated grease traps regardless if the establishment had a FOG problem or not. This was the biggest concern for businesses located in older building like Cappy's on Michigan Street.

The Public Works Department has decided it will keep a closer eye on who is producing the most FOG. New Food service establishment will face different requirements like installing updated grease traps.

“We were concerned for our ability to attract new restaurants,” says Dan Boecher, Executive Director at Downtown Elkhart Inc.

Boecher works to bring new business to the area and says the fees originally placed on food establishments put the FOG ordinance on his radar.

“The proposal that is coming out and will be voted on tonight seem like it's a good compromise that protects the infrastructure as we need to but also is not overly burdensome on local businesses,” says Boecher.

The ordinance will still require some new businesses to install grease traps but at the end of the day, Brabec says the revisions focus on problems as they come and not placing fees on the entire industry.

“They have to be in compliance and we evaluate the situation to see whether or not the grease traps have been cleaned,” says Brabec.
Share this article: