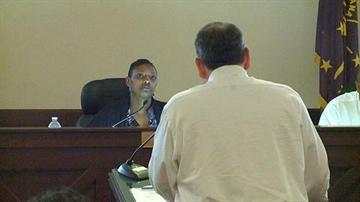 ELKHART, Ind. – The southwest corridor into Elkhart has been in steady decline for more than a decade; now the Elkhart Common Council is hoping a redevelopment plan can turn the eyesore around.

South Main Street heading northwest from Goshen to Elkhart is a busy thoroughfare, but is also lined with empty storefronts and buildings in disrepair.

A member of the chamber of commerce even admitted to the council, they avoid the area when showing businesses around town.

Many council members agree, but not all. District 3 councilman David Henke voiced his concern over the growing number of TIF districts and the lack of an overall plan for the area, let alone the city.

Meanwhile, people living in the future are that would become the TIF district had no idea what was going on.

A document that was submitted as part of the resolution Monday night read, “The redevelopment commission has interest in acquiring title to the following properties in furtherance of the plan.”

This led them to believe the city would be coming for their homes at some point.

But according to the city’s Economic Development Department Head, Barkley Garrett, no such thing is being planned.

Every property within the proposed district needs to be on the list to acquire, just in case the city needs to make a deal down the road, said Garrett. He went on to tell ABC 57, buying property was the last thing the city wanted to do right now.

According to Garrett, the city does not have the money to go around buying property, at this point. If they do have to buy parcels of land, it would come out of the TIF district’s own revenue; which could take several years to reach useable levels.

If it makes it that far, the plan will create the eighth TIF district in the city.