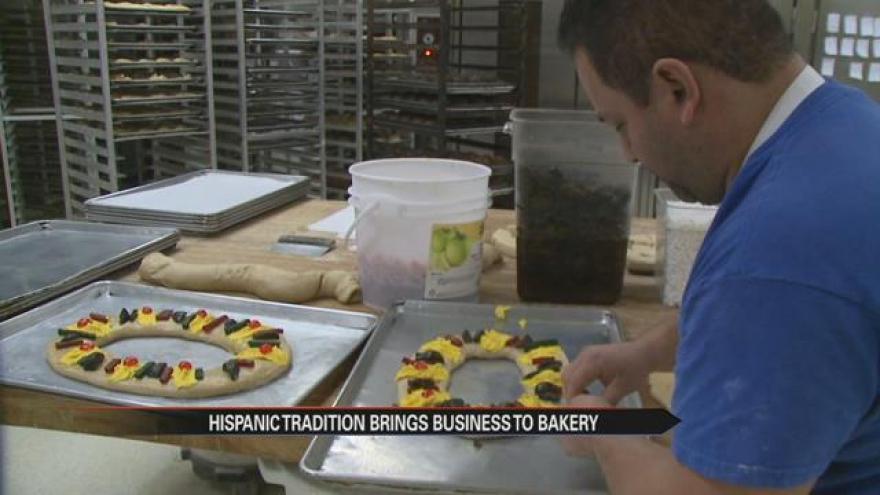 A little diversity is bringing some big business to the Elkhart. International bakery in Elkhart is celebrating a Mexican tradition.

The Three Wise Men tradition is celebrated in part with "Rosca de Reyes." It's a special bread baked just for this tradition.

The bread is cut on January 6th, for people to share it with their families and children.The bakery owner, Jose Gonzalez, says in the last few years the tradition has really taken off.

"This tradition in some way makes people come together,” continued Gonzalez. “Share time with the kids, with the family, with friends and brings people more together, reunites people. And that's why we do this."

Little plastic dolls are inside the bread to represent Jesus and the Three Wise Men. Whoever gets a doll has to host the next family reunion.

This is the bakery’s 11th year in business.