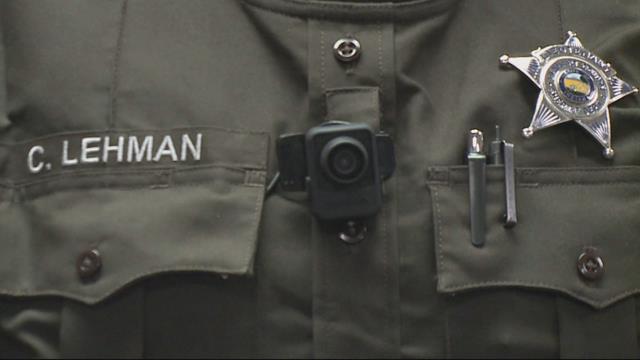 Taxpayers in Elkhart and Elkhart County paid for officers and deputies to have body cameras.

Those cameras were supposed to be an added layer of security, for both the officers and the public, but technical glitches are causing uncertainty and fear.

Some deputies are on duty without body cameras and there are two reasons for that.

The first, the camera may be out of service.

Some have malfunctioned and were sent back to Digital Ally, the manufacturer, to get fixed.

The second reason, the camera might give out during their shift.

“In law enforcement, the camera is not everything,” said Elkhart County Undersheriff Sean Holmes. “That’s not the magic tool officers use.”

He says cameras, be it body or dash cams, are not the only useful tools in an investigation simply because they are bound to have issues.

“The camera, we’ve had issues with the connectivity, the wires,” said Undersheriff Holmes.

The Elkhart County Sheriff’s Department purchased about 90 cameras from the company Digital Ally.

They’ve dealt with issues with the cams. An exact number couldn’t be provided, but affected pieces get sent back to the manufacturer and get fixed.

Holmes says, when working, the cameras are great, but they’re only a tool that can enhance an investigation.

So, he says, it’s something officers can forgo, if needed.

“If it does go down, it’s not a safety issue. A taser, your weapon, radios those are safety issues for officers. The camera is an evidentiary gathering device,” said Undersheriff Holmes.

Officers check to see if their cameras work at the start of their shift, but knowing if its working can get tricky because officers can only tell so much by looking at it.

Now, each officer is responsible for their assigned body camera, but if a problem comes up during the day---

“If it goes down, we’re not going to interrupt somebody’s shift,” said Undersheriff Holmes.

As soon as the problem is detected Undersheriff Holmes says action follows, “Anytime there are repairs or anything I would turn that in and have to document that so I know when I don’t have that camera in use.”

The camera vibrates to let the officer know it’s on. When it’s on low battery it vibrates twice and to give the officer a heads up, “If it goes into an error mode it does another vibration,” said Officer Lehman, who explained the how to body cams.

These cameras run for about four to six hours. Two hours if they’re continuously recording. Given their short battery life, Undersheriff Holmes says people are putting too much trust in these body cams.

“They’re putting too much weight on a tool that has flaws. There has to be some faith also that officers go out there and do their job,” said Undersheriff Holmes.

Holmes says Digital Ally takes about a week or so to repair any bugs in the cameras. Elkhart City Police are said to have had some problems with their cameras, too.