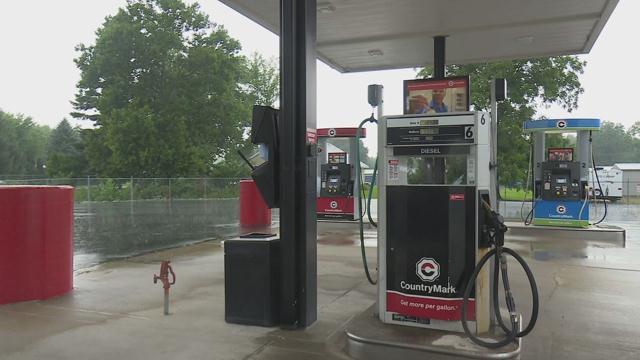 Two Elkhart County officers pulled into a Country Mark gas station last evening just to fuel up. But feet away, danger was lingering

Shots were fired at the officers from a neighboring home around 11:10 p.m. Friday night.

“I had walked that way and seen two officers come through the park completely darked out and head over to that house,” said Codi Erhardt, a neighbor on the street.

“That’s when about 15 other cops came through here and surrounded the house,” Erhardt said.

The officers immediately responded. They followed the suspect to the home and located several people at the house.

ABC 57 News knocked on the door of the house where the shots allegedly came from. But the people home didn’t want to comment.

The neighbor across the way said the situation was serious.

“They all had stopped right in front of the house to a few of them on the side of the house,” said Erhardt. “They all popped the trunks and got their bulletproof vests out and went up in forms to find the people that were shooting,” he said.

The Elkhart County Sheriff’s Department says the investigation is on-going. There were no injuries as a result of the incident.