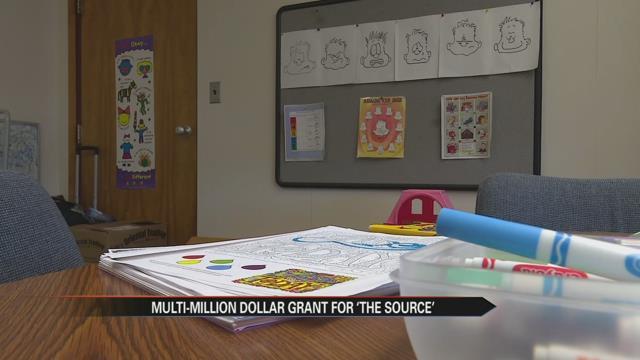 After almost a decade of helping and researching, a treatment center received nearly $5 million dollars to help children battling with mental illness.

Officials say the money was needed and now they will increase their reach by thousands.

“Certainly this has been a long time coming and you know it gives us the opportunity to do cool stuff that we have been wanting to do,” says Bonita Schrock, the VP of Child and Adolescent Out-Patient Services at Oaklawn.

Schrock is thrilled that after almost a decade of evolving youth mental care services, a group of agencies across Elkhart County received almost $5 million.

“To know that we are one of only 22 in the nation that got these projects we are excited to enhance the collaboration.” says Bonnie Raine, The Source Care Coordinator.

Raine wrote the grant that secured the funds and is a part of a group known as “The Source.”

This group brings together multiple agencies like Oaklawn, school districts, and the juvenile justice system to address mental illness in Elkhart County youth.

“These services are meant to hit the most glaring unmet needs we have in the area of youth who are at risk for mental challenges and youth who are un-diagnosed.” says Raine.

Raine says money is never given to support early intervention for mental health problems in youth, but she hopes now the grant money will help kids get complete treatment.

The Source along with Oaklawn says you will see a lot of the changes in youth health care services in early 2017.