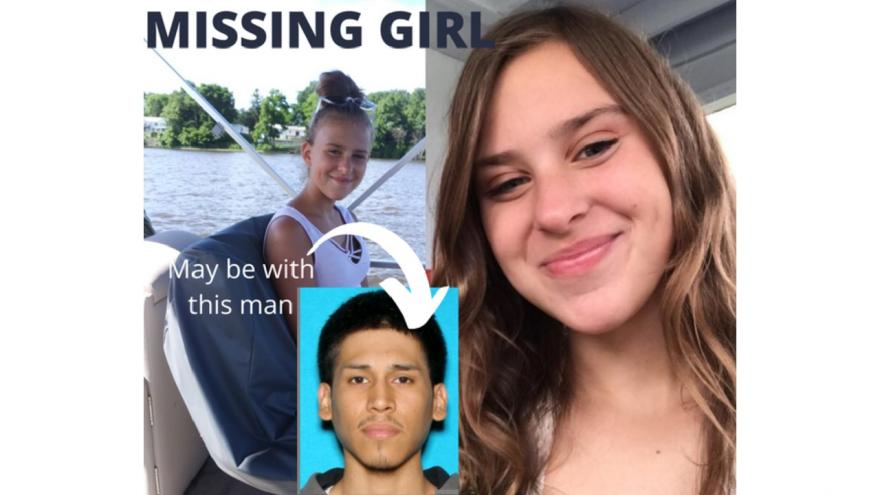 ELKHART COUNTY, Ind. – The Elkhart County Sheriff’s Office is asking for the public’s help in locating an Elkhart man they believe is with 15-year-old Sydney Gunter, who was last seen on June 7.

Gunter was last seen at an address in the Elkhart County area at 2:30 a.m. on June 7.

Her current location is unknown but police believe she is with 25-year-old Jose Garcia.

The two might be traveling in a 2017 white Ford Mustang with Indiana registration TY2985.

They could also be in a 2009 silver Pontiac G8 with a black hood and Indiana registration BBA789.

Gunter could still be in the Elkhart County area but could also be in the Chicago or Odessa, Texas area, police said.

Gunter is believed to be in danger.

If you have any information about Gunter or Garcia, please contact the Sheriff’s Office at 574-533-4151.