Elkhart death investigation, after a car was found in St. Joseph River 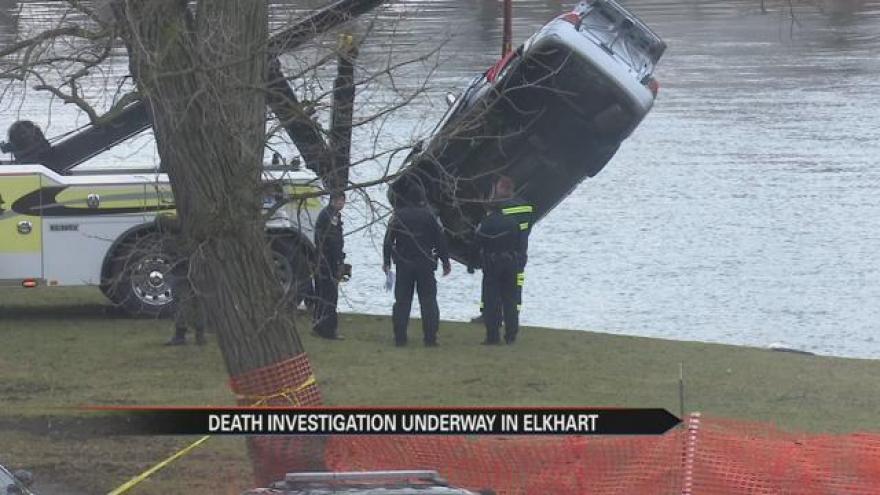 A death investigation underway in Elkhart after a man’s body pulled from the St. Joseph River.

Foul play isn’t suspected, but this is still being investigated. Neighbors who live around this area say this isn’t the first time a car has had to be pulled from these waters.

“It’s common to find submerged vehicles in that part of the park. In the past, it’s been known as a dumping ground for stolen vehicles, but I was surprised to hear there was a body found inside the car,” said an Elkhart man.

He wanted to stay anonymous, but says he’s been living near McNaughton Park for 19 years now.

He has two theories of what could have happened, while police are still looking at all angles.

“Because it’s a quiet neighborhood I could only see this as two things. Either an accident or something intentional,” he said.

The call came in on Monday morning around 9:40.

Sgt. Chris Snyder with the Elkhart Police Department says someone who was passing by observed the car and made the call.

“We were able to locate the river, but at that time it was completely submerged and rescue efforts went in,” said Snyder.

Moments later, crews found one adult male inside the vehicle. The unidentified 47-year-old later died at the hospital.

“There were no tracks in the mud, dirt or anything that indicated where it went it, other than possibly one of the boat ramps,” added Snyder.

Cold water and strong currents were the biggest issues, but overall the recovery was routine.

“This is one of the deeper stops but it didn’t appear that it was very deep it was only a few feet off the shoreline,” said Snyder.

Along with the DNR and Elkhart PD, the fire department and the coroner’s office were also on scene today.

An autopsy is planned for tomorrow morning.