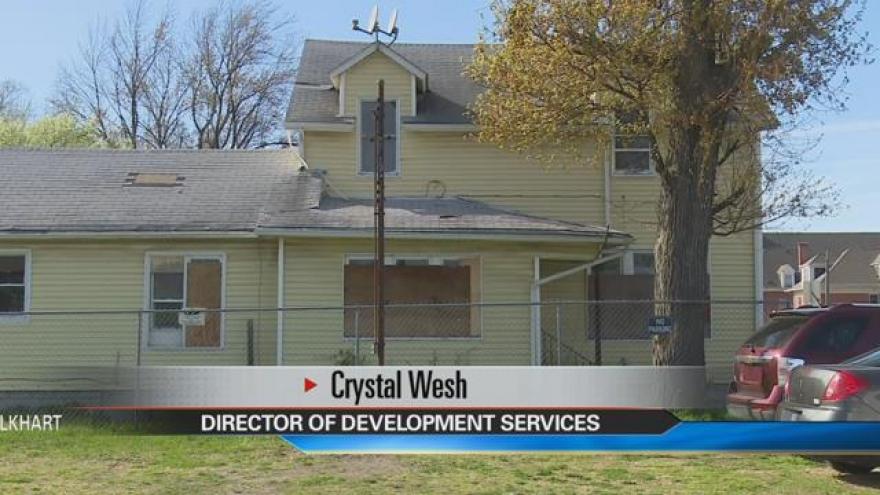 What’s the cost to clean up blight in Elkhart?

Monday, the city council heard a proposal to move around big bucks in order to get rid of what the city is calling unsafe buildings.

“We think $600,000 can make a big impact,” said Crystal Welsh, director of development services for the city.

“Homes generally run about $10,000, the reason we’re asking for such a large amount of money right now is because we have a series of industrial and commercial buildings,” said Welsh.

Now take that price and multiply it by the dozens of residential and commercial buildings that the city believes need to be leveled.

Like one former business on Main Street that was burned down by a fire.

“We had to do emergency demolition the right after the fire, so that actually occurred the same night of the fire,” said Welsh.

While taxpayers would fund this city-wide fix up, it would come at no additional costs.

If approved, the council would cover it with preexisting money from the city’s Rainy Day Fund.

But some members of the council are hesitant about transferring that money.

“I’m going to be working with the administration to see that if we are going to appropriate funds to tear down buildings it’ll come from another fund, and I’ll also like to see money be put into the rainy day fund and build that up for future generations,” said council president Brian Dickerson.

The proposal was sent to the finance committee for a full hearing.

The council will announce a date for that meeting soon.