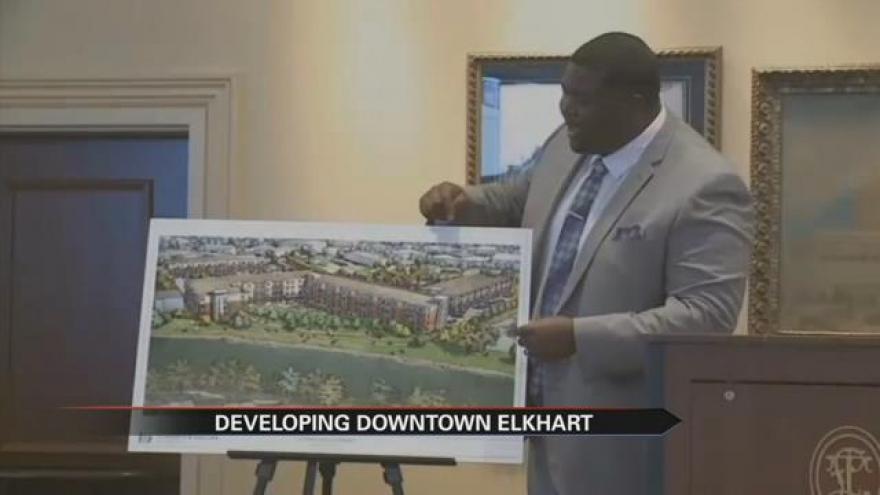 With the plan for a luxury apartment and retail space approved in downtown Elkhart, local businesses say they are looking forward to a boost in sales.

In the works for three years, the $29 million development agreement was approved at the Elkhart Redevelopment Commission meeting on Tuesday.

Two hundred apartments and 7,000 square feet of retail space will be built on the lot of the former Foundry site on South Elkhart Avenue.

Developers estimate around three hundred new residents will be moving in.

With all of those potential customers within walking distance, 525 Tap & Grill server Melissa Yourdon is looking forward to an increase in business.

“I show up to be busy so more business bring it on. It’s going to be awesome. We’re open for lunch, not too many businesses are open for lunch on Main Street, and we are within walking distance. It’ll be a benefit to everyone,” said Yourdon.

“We’re all very excited at McCarthy’s at the prospect of new clientele.  I’m hoping it boosts business and it’s good for the city of Elkhart,” said Fry.

With nearly 30,000 Elkhart employees who commute from adjacent counties, Mayor Neese says the goal is to attract them to stay in the city when they clock out.

“We want people to not only work and live in Elkhart, we want them to go to our restaurants and other downtown activities and that’s what economic development is all about. It's not only about attracting new businesses but keeping the existing businesses here in Elkhart,” said Mayor Neese.

Construction is scheduled to begin this summer.