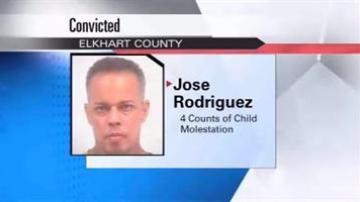 ELKHART COUNTY, Ind. — An Elkhart man is facing 200 years in prison for molesting his own stepdaughter.

Officers say he then promised her he would show her how to do what was being depicted.

Police accuse the girl's mother of not reporting him to the police after walking in on the two having oral sex at one point.

He is set to be sentenced in two weeks.