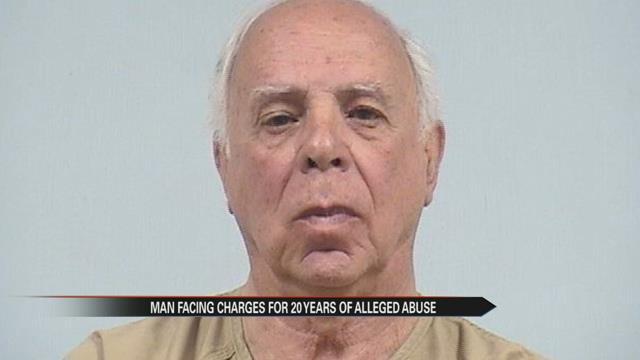 An Elkhart man is facing charges for an alleged sexual abuse spanning 20 years.

He is being held at the Elkhart County Jail on a one million dollar bond.

The unnamed victim says it began when she was just six years old. At that time Lisa was 51-years-old.

According to court documents Lisa would come into the victim’s bedroom and touch her and her sister.

As she got older she claims the abuse got even worse.

Much of it allegedly took place at Lisa’s former home on CR 9, the victim says she was raped there when she was just 13-years-old.

The airport hangar on CR 6 was another place where she says she was violated.

She says Lisa would take her for plane rides and make her perform oral sex on him during the flight.

In 2005 the victim’s sister reported the abuse to police.

When the victim was interviewed she denied it, she says she was too scared to tell anyone what was going on.

While her sister left Elkhart at 14 the victim says Lisa continued to sexually molest her until she was 21.

In the time period of the alleged abuse, Lisa was also accused by others of strangulation, invasion of privacy and spent time in jail for domestic battery.

Investigators say he has recently had unsupervised contact with another 13-year-old child.

Because of this relationship, the severity of his charges and his previous offences, Lisa’s bond was raised.