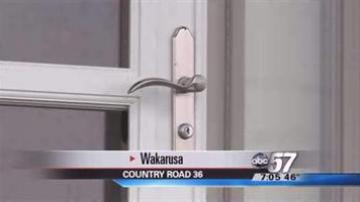 ELKHART, Ind.--An Elkhart County man is thankful to be alive when he fought off a gunman who came to his door.

Lance Mestach was at his home last night on County Road 36 in Wakarusa. That’s when a gunman came to the door in an attempt to rob him. Mestach wrestled the gun away from the suspect and fired a shot in the suspect's direction.

Mestach says he just wants to get his life back to normal. He was slightly injured in the scuffle.