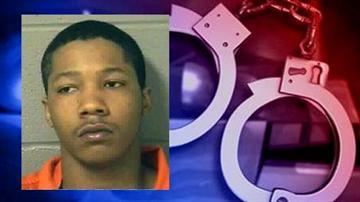 CASS COUNTY, Mich. -- A defendant involved in a home invasion on Ashton Road in Edwardsburg on April 9 has been sentenced.

He was sentenced to 2 to 15 years in prison.

On April 9, a man came home late in the morning and found three men walking out from behind his home. They ran to a red Mitsubishi SUV in his driveway.

They told the homeowner they needed directions to South Bend.

Suspicious, the homeowner contacted police and followed the men until he lost them.

The homeowner returned home to find his back door was smashed open and several doors inside were open, although they had been closed earlier.

Cass County Sheriff's deputies and the Edwardsburg-Ontwa Township Police Department located the red Mitsubishi abandoned and out of gas at a home on Adamsville Road.

The three men were located in a nearby corn field and arrested.

Deon Goodwin denied being part of the home invasion or having anything to do with the red SUV.

He gave three different stories to investigators when questioned.

Inside the Mitsubishi, investigators found Deon Goodwin's debit card and cell phone and a selfie on the phone.