Elkhart man talks about being the victim of identity theft 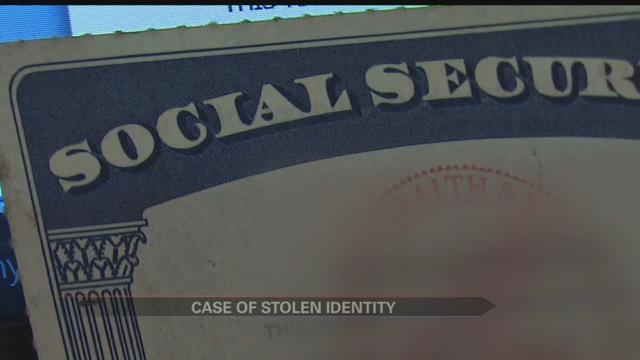 ABC57 News is continuing to follow the story of fraud, forgery, and identity deception in Elkhart County.

Two weeks ago the Elkhart County Sheriff’s Department made a Facebook post asking the public for help to stop identity theft and give tips on people possibly working under someone else’s social security number.

Since September 14th there have been five arrests in Elkhart County for fraud, forgery, and identity deception.

One of those arrests was made by Goshen Police Department and the other four were made with the Elkhart County Sheriff’s Department.

Captain Jim Bradberry says the department has received some feedback from the Facebook request.

Those tips turned into two investigations leading to the arrest of individuals for forgery, synthetic identity deception, theft, and possession of a false government ID.

On Wednesday ABC57 talked to a man who had his identity stolen..

“They wouldn’t tell me where, I don’t know if it was someone locally. All they told me was someone else is paying taxes under my social security number,” says Scott of Elkhart, he is an identity theft victim.

Scott did not want to give his last name but says after recent arrests in Elkhart County he wants to tell the other side of this story.

“I don’t believe anybody should have to turn to crime because of poverty. But Am I happy that it happened? No, because I lost out on about $3,000 in grant money,” says Scott.

Scott was trying to apply for financial aid for some classes he is taking at Indiana University South Bend.

The application was not going through so Scott contacted the IRS.

That is when he found out there was a problem.

“I’m not surprised, they didn’t give me nothing and I still haven’t a letter or anything it was a matter of making a phone call,” says Scott.

This happened last February, and before the IRS started notifying victims of employment related identity theft.

After a push for legislation from Senator Dan Coats, in 2017 the IRS will start notifying new victims. But that doesn’t change things much for Scott.

“Even if they don’t keep using it I still have to verify I am who I am every year for the rest of my employed life,” says Scott.

Police tell ABC57 news if you find yourself in a situation like this even if you don’t know where the person is using your identity you should make a report with your local police station.