Elkhart Mayor cracking down on violence at Washington Garden Apartments 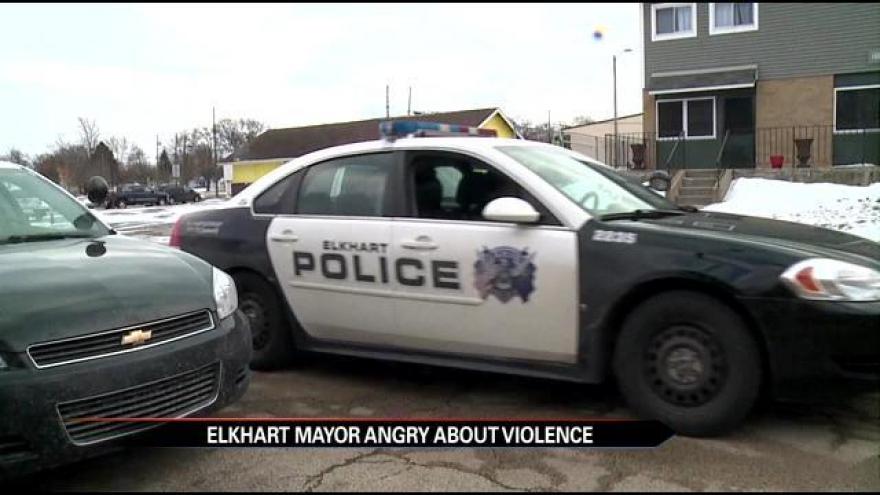 ELKHART, Ind. --  “Enough is enough,” says Mayor Dick Moore about the violence at Washington Gardens Apartments. Mayor Moore says Thursday night's shooting was the last straw and now he's getting serious about coming up with a plan to stop it.

Moore announced on Friday he'll be working Elkhart's Police Chief and the Housing Authority to come up with a solution.

Mayor Moore says it will start with a heavier police presence.

“I fear for my kids to even walk out of the door,” says Autumn a mother living in Washington Gardens.

She says to hear Mayor Moore trying to do something about the recent shootings, gives her a sense of relief.

“He wants to clean up the community and make it safer for the children. That's what it's about,” says Autumn.

But shootings in Washington Gardens is nothing new. So when ABC 57 asked Mayor Moore why is he just now installing this plan, he says Thursday night was his breaking point.


“I think anger. I guess the Mayor is not supposed to get angry but when I got that call last night that's what I felt,” says Mayor Moore. “So, I got up early this morning knowing I would call the Police Chief and the Assistant Chief.”

Mayor Moore also plans on placing a curfew on the apartment complex.

Meaning, if after a certain time of night you're out walking the streets of Washington Gardens, there's a chance you'll be approached by an officer.

“We might get a lot of calls of complaints about that but I'd rather get those than a call of another shooting,” says Mayor Moore.

It's a strict plan but one he says is necessary to bring solution to what he calls, a recurring problem in Elkhart.