Elkhart mother reacts to gun violence after her son's death 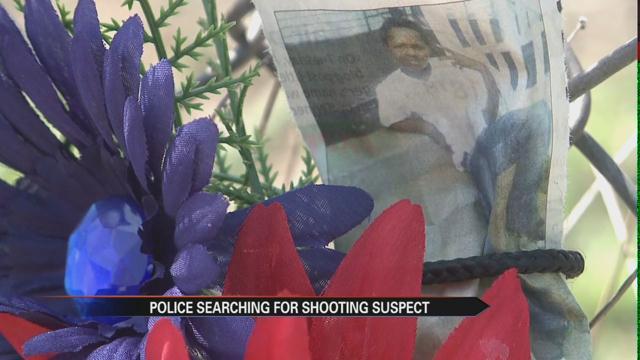 A family in Elkhart is mourning the death of their young child. On Tuesday, 14-year-old DezJuan Sanders died after being shot near Fifth and Harrison Street in Elkhart.

Police say they do not have an update on suspects and detectives continue to interview people. While they look for clues, the family is hoping for justice. They are also speaking up because they are tired of children in Elkhart dying to gun violence.

“Man he had the whole world ahead of him, and they stopped his dreams. They killed him,” says Tiffany Sanders, DezJuan Sanders' mother.
She says violent acts like the one committed against her son should not be happening here in Elkhart.

“Chicago was violent so I come to live my life here just to lose my son here,” says Sanders.

Sanders says she moved to Elkhart to escape violence but ended up in a city where children dying from gun violence isn't rare.

According to a list of homicides provided by the Elkhart Police Department, since 2010 there have been 7 victims under the age of 18 who have died from a gun violence in the city.

“It's crazy that they are just out here with guns,” says Sanders.

Sergeant Chris Snyder with the Elkhart Police Department says there are challenges when trying to keep guns out of the wrong hands.

“They are hard to track. But a lot of them we thinking are coming from burglaries and theft and things like that and a lot of the times just not being reported stolen,” explains Snyder.

Until the issue of gun violence is tackled in Elkhart, Sanders thinks there could soon be more young victims.

The family has been hit with unexpected funeral fees and set up an account with Teachers Credit Union. Contributions can be made to ‘DezJuan Sanders Rest in Peace'.

The Sanders family will also hold a vigil on April 17th at Fifth and Harrison Street, where the incident happened. They invite everyone to join them at 8:00 p.m.