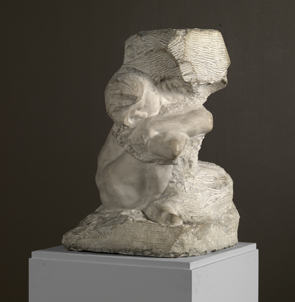 The Fallen Caryatid Carrying Her Stone

ELKHART COUNTY, Ind. – A sculpture owned by the Ruthmere Museum in Elkhart has been sold for $7.55 million.

The sculpture, called The Fallen Caryatid Carrying Her Stone, was created by French artist Auguste Rodin.

Rodin's piece is crafted from limestone and is well-preserved for its age.

The 19th century sculpture was owned by the museum for more than 40 years until it was sold in auction.

Proceeds from the sale will pay for an endowment for the Ruthmere Museum and overhauls that are needed.