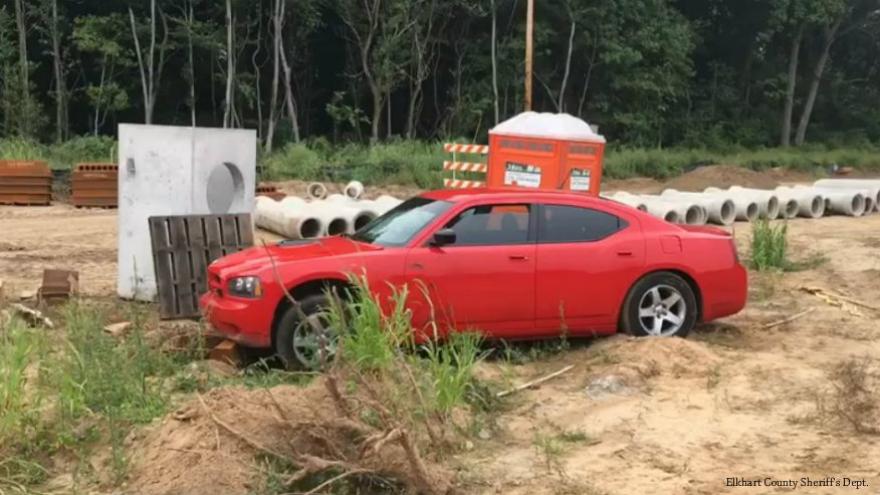 ELKHART COUNTY, Ind. – Elkhart County officials are investigating an incident where a suspect allegedly stole a construction worker’s truck after getting stuck in a road closed area.

According to the Elkhart County Sheriff’s department, an individual drove a red Dodge Charger past a road closed sign on Ash Road and CR 12 early Friday afternoon.

After getting stuck on a drain in the construction zone, the suspect fled and allegedly jumped in a construction worker’s truck and attempted to drive off.

Elkhart County Sheriff’s said the suspect allegedly punched the truck owner in the face until he let go of the truck.

The suspect allegedly drove off. But officials know the suspect and plan to press charges.