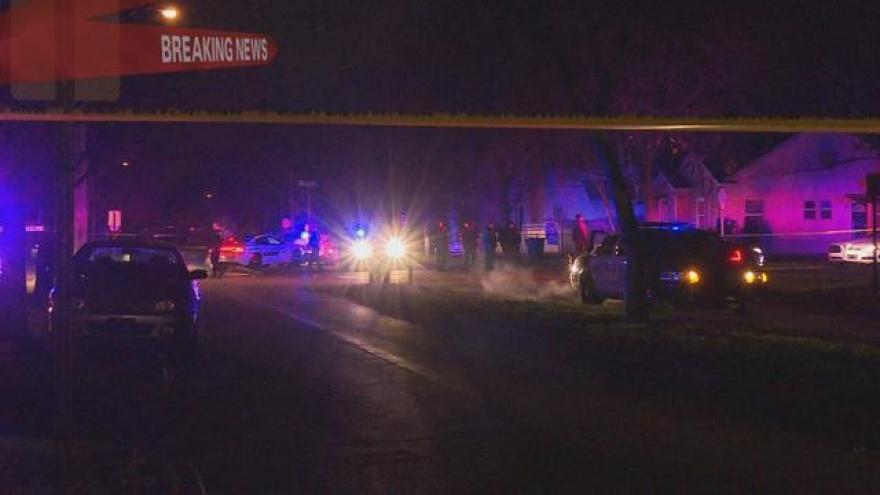 One person is dead and three others are injured after a shooting involving Elkhart Police early Sunday morning.

According to police, two Elkhart Police officers responded to a burglary call at 3:39 a.m. on the 500 block of Capitol Boulevard.

While investigating that scene, the officers heard gunfire coming from the 1800 block of DeCamp Avenue, a nearby street.

"The officers ran on foot from the burglary to the sounds of the shots fired," Elkhart Police Chief Ed Windbigler said in a press conference Sunday morning. "When they got to the 1800 block of DeCamp, they fired their weapons at a vehicle. That vehicle ended up crashing in the 1800 block."

Windbigler added: "There is one person that is deceased that was in that vehicle. There is a second person that was in that vehicle that was injured; it's unknown where the injuries occurred at; if it was from the officers or previous. While they were investigating that, they found a third victim who had been shot in the 1800 block of DeCamp. That person was taken to Elkhart General for their injuries. During this time, a fourth person showed up at Elkhart General who had gunshot injuries also."

The three surviving victims "are receiving treatment at local hospitals," according to a press release issued by Elkhart Police around 10 a.m. Sunday.

According to that same release, "There are numerous locations in which gunfire occurred all associated with the event."

Police had multiple blocks taped off throughout Sunday morning as they investigated.

The two officers who fired their weapons were not injured.

Windbigler said Indiana State Police has been brought in to lead the investigation since two Elkhart officers fired their weapons.

According to Windbigler, the officers engaged in a gun fight with the two victims seated in the car; but Windbigler said his officers did not shoot the two victims who were outside the car, and it is not known at this time who shot them.

In a press release on Sunday afternoon, Elkhart Police Department released the names and statuses of the victims:

Norman Gary, 29, was shot and killed at the scene. An autopsy is expected to be performed by the Elkhart County Coroner's Office on Monday, December 5, 2016.

Jazzlyn Crase, 22, and Delanos Johnson, 24 were transported by ambulance to Memorial Hospital South Bend and are currently being treated for non-life threatening injuries.

Shawn Scott, 21, was transported by subjects to Elkhart General Hospital where he is also being treated for non-life threatening injuries.