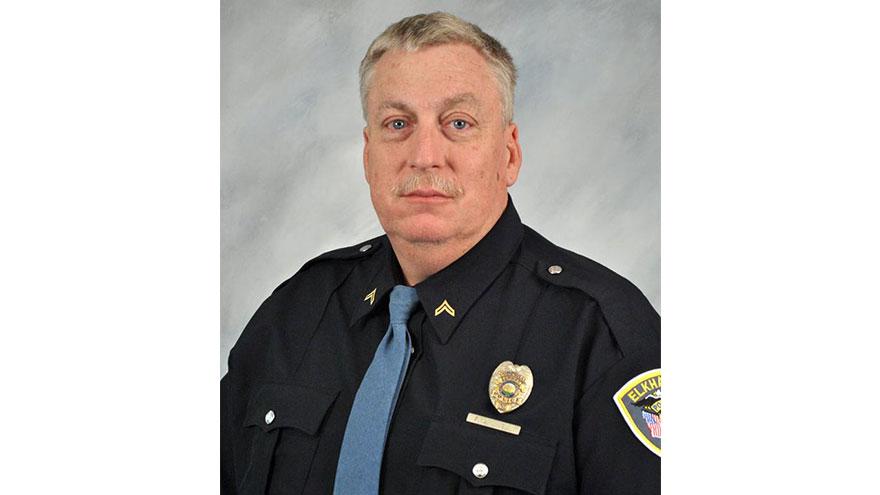 Elkhart Police announced the death of retired officer Frank Owens. He worked at the department from 1990 until his retirement in 2011.

It is with deep regret that we announce the passing of retired Officer Frank Owens. Frank was born in Woodbury NJ on June 11, 1958 to Rev. Frank Owens Sr. and LouAnn Owens. Frank moved around a lot as a child but ended up in the Elkhart Area. Frank is survived by his parents and by his sons and daughter-in-law along with his grandchildren.

In 1979, Frank began his career in law Enforcement in Ligonier Indiana. On August 1, 1983 Frank was hired by the Elkhart Police Department. In 1990 Frank became a Sergeant on the midnight shift. In 1993 Frank became a Detective and served in that position for two years. Frank was a member of the drug task force and was undercover at one point. Frank was a use of force instructor and a field training officer in patrol where he was a mentor for many officers.

Frank retired from the Police Department on March 26, 2011. After which, he started working for Walden Security as a court security officer at the Federal Court houses in Fort Wayne IN, South Bend IN, and Atlanta GA.

Frank never met a stranger, his natural personality made everyone he met feel at ease and comfortable. Frank’s good-natured humor is legendary at the Police Department, and several other Departments. In June of 2002 Frank took a criminal mischief report for an elderly lady that had her window broken out. Frank took the window in to get fixed then brought it back and installed the new window for her. In 2005, Frank was eating at a restaurant in Mishawaka when a young man started chocking on his food. Frank administered the Heimlich Maneuver and saved the young man’s life. Frank received the Character First Award by the Board of Safety in August of 2003.

There are so many accommodation and good deeds about Frank Owens that they cannot all be listed here. Officer Frank Owens #122 final 10-42 was on August 23, 2020.