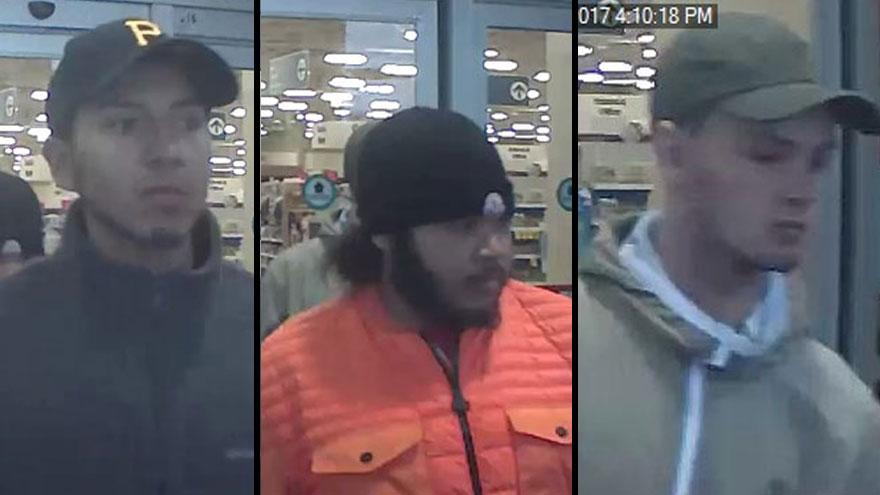 ELKHART, Ind. -- Elkhart Police are asking for the public's help in identifying suspects believed to have used a stolen debit card.

The victim told police his wallet was stolen Monday, October 23. When he reported the theft of his debit card to the bank, he learned the stolen debit card had been used at the Meijer store on N. Portage Road in South Bend.

Police have released photos of the people they say used the debit card at Meijer.

If you have any information on the men in the photos, please contact Detective Jason Runyan at the Elkhart Police Department 574-295-7076.