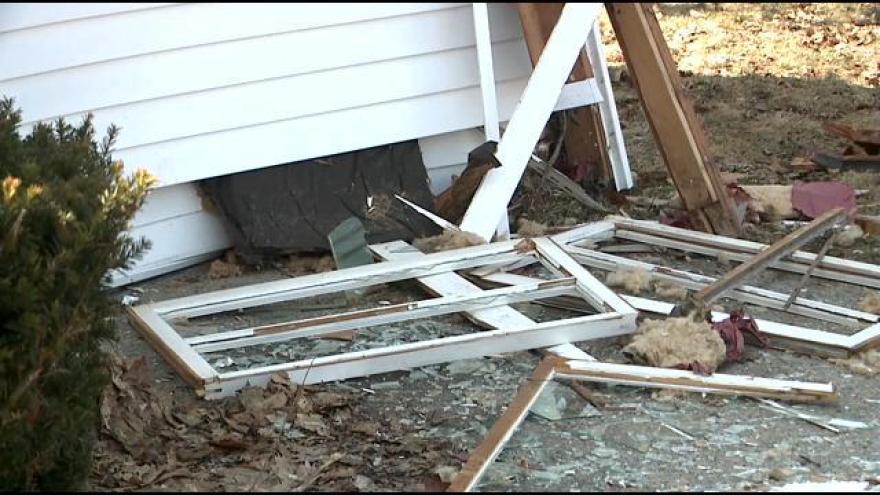 An Elkhart resident is picking up the pieces of his home after an alleged drunk driver crashed into his house.

Saturday morning, officers say 34-year-old Alvin Jones of Wakarusa led them on a car chase before he crashed into a home on Morton Avenue.

Kevin Lemon lives in the home was home when the crash happened, but was not injured.

“I went and laid down then I heard a boom. Then I jumped up and said man somebody hit my house,” says Lemon.

There are tire marks in Lemon's yard.

Police say Jones was driving east on Beveridge Avenue towards Morton Avenue when he drove into Lemon's yard. He drove the car between the home and a tree and caused significant damage.

He then allegedly drove through Begley's Automotive where several cars were damaged.

Now Lemon is left with damaged property that he is still waiting on the city to come board up.

“It's kind of messed up though I mean because anybody can come in there especially when nobody is here and we are at work,” says Lemon.

Jones has been arrested and faces several charges including criminal recklessness with a vehicle.