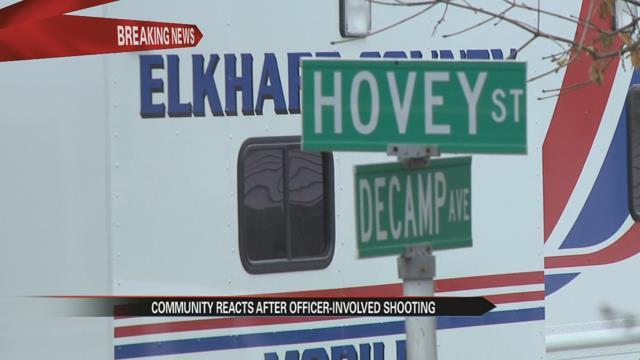 Elkhart residents are left scared, shocked and worried about this shooting happening in their back yards. While Elkhart Police investigate the shooting, neighbors are home trying to keep their families safe.

Krystal Smoot says 29-year-old, Norman Gary, who was shot and killed was closest to her home.  She says the victim was lying right by her fence.

Smoot was the closest one to the crime scene and explained what she did when she realized there were gun shots fired.

“And then I hear even louder gun shots. So I go back inside and put my children away from the windows.”

Smoot says she didn’t see much, but heard everything. Someone knocked on her door and when she opened it she saw multiple people running down the road.

“I’m just shocked, surprised something so close, when there’s so many kids in the neighborhood that something like this would happen,” said Smoot.

Another neighbor who preferred not to show her face on camera has been living here for more than 30 years. She said despite this incident she would never trade this neighborhood for another.

“I’m heartbroken by it, now would I move? No, I’m comfortable in this area that I know these surroundings,” she said.

Smoot says now she will be more worried about her children. “I’m scared to let them go outside by themselves now…”

If there’s one thing neighbors here agree on, it’s that they all have to work on being pro-active by protecting their own back yard..

“If everybody knows everybody’s watching maybe this is going to cut down on this activity,” said an anonymous neighbor.

That anonymous neighbor said she’s planning on holding meetings within her block so that everyone can know each other and that way work on making their community better.