Elkhart sewer war not over yet 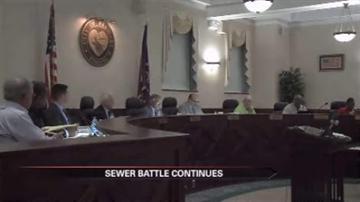 ELKHART, Ind. --  After eight months, the Elkhart sewer battle came down to one night.  Council held a special meeting on Thursday night to vote on two possible solutions: one ordinance drafted by Mayor Dick Moore, one drafted by Councilman David Henke.

But there is a catch. The ordinance passed with only five council members in favor of it, not the six it needed to make it veto-proof. Mayor Moore has the next thirty days to veto the law.  He tells ABC 57 he will not sign the proposal into law.

For now, homeowners and business owners in the county will continue paying 75 percent of the taxes that people pay who live within the city boundaries.