Elkhart stabbing turns into a feticide case, while a family member speaks out 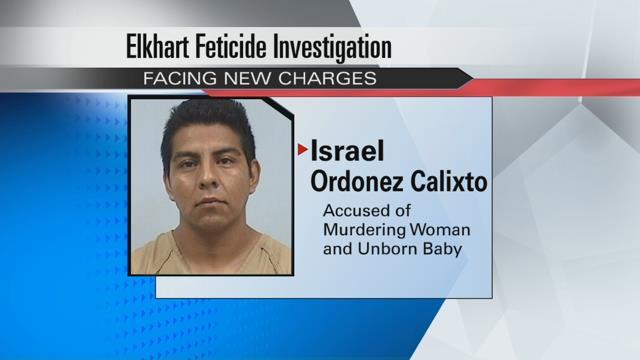 New information was released on a deadly stabbing case in Elkhart. The man accused of murdering a 20-year-old woman also stands accused of killing her unborn child, while one of the victim's family members spoke out.

Savanna Best was found dead inside her Old Farm apartment unit on August 18th. New information from the prosecutor's office says she was actually killed on August 12th.

A confidential source told police, Israel Ordonez-Calixto took a trip for several days because he needed to get out of town. That same source confirms Ordonez admitted to killing his girlfriend by, "stabbing her to death." He then proceeded to say he wrapped her up in a blanket and left her body in one of the bedrooms of her apartment.

When Elkhart Police arrived they were certain, based on training, that the odor they were smelling was that of a decomposing body.

Court records show the cause of Best's death were numerous stab wounds to the neck and head.

Now, Calixto is facing a new charge. Court records show he was formally charged with feticide as well as murder.

Best's aunt said she was devastated when she received a phone call informing her that she had died.

“I would never imagine her being with someone that would hurt her, said Bobbie Grayam, Best's aunt. "She was such a bright young girl. And it just doesn’t feel like a… it don’t feel real.”

Grayam didn't even know Best was pregnant, but says it was a shame she didn't get to see or meet her child.

According to our reporting partners at the Elkhart Truth, many of Best's co-workers did, but exactly how far along isn't known.

Grayam says Best was a quiet, but attentive young woman and was abruptly robbed from experiencing life.

“My heart goes out to her mom. To be robbed from a child this early and not get to see her accomplish her dreams or do anything or become a mom or get married, that’s wrong," she said. "She was robbed. She was robbed of everything.“

Ordonez is scheduled to make his first court appearance on Thursday morning in Goshen.