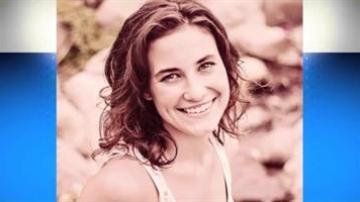 At such a young age, Sarah Crane was admired by her family, friends, and entire community. A community that said there is nothing about Sarah that will not be missed.

The Elkhart Memorial High School drum line was playing for more than just neighbors along the parade route in downtown Elkhart.
They were playing for their classmate, for their friend, and for their former band member—Sarah Crane.

Band member Kelsie Southern said, “She was just an amazing person. All she ever wanted to do was help people.”

Sarah’s grandmother told ABC57 that she died surrounded by family, after battling colon cancer for the last several months. And although many knew she was sick, the news hit hard.

Sarah’s band director Kurt Weimer said, “It just kind of stopped me in my tracks. On the one hand you feel a little bit of relief because she’s no longer in pain. At the same time it’s sad because she was such a fighter.”

And every single person ABC57 talked to about Sarah, told a very similar story.

“She was just always cheering everybody up and it was just amazing,” said Southern.

“She was well liked by everybody. And I think that was evident by how much the community came out to support her. And she really brought an entire community together,” Weimer said.

Elkhart Memorial High School parent Bryan Bostic said, “I know it touches my son. So as well it touches my family. And she really touched an entire community.”

It is clear that all across Michiana hearts will be heavy, as the spunky, silly Sarah Crane will greatly be missed.

“She was a beautiful strong girl and it’s sad that she had to go,” Southern said.
Share this article: