Elkhart to vote on sewer proposals 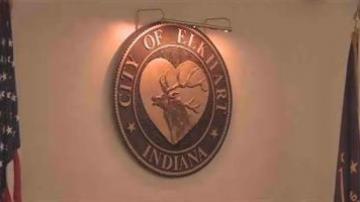 ELKHART, Ind. — The end of a eight month long debate of sewer rates in the city of Elkhart could soon come to an end. The City Council is expected to vote Thursday during a special meeting.

Controversy sparked when businesses owners outside the city limits were asked to sign a compact policy that would have increased their sewer rates.

At Thursday's meeting, council members are expected to look at two ordinances.

The first is to agree on payments. The second is to determine the conditions and fees for providing utility services outside the city.

It sounds simple on paper, but the mayor and Council have been butting heads over these for months.

Mayor Dick Moore is pushing for a 35 percent plan that sends profits from sewer fees to the greater Elkhart fund. And Republicans are favoring a 15 percent fee going towards the utility department.

Many local businesses are not board with any increase in sewer fees because it would drive up their cost of operation.

According to city of Elkhart's website, the Council will likely pass some sort of compromise at Thursday's meeting. However, that is not guaranteed.

The meeting is at 7:30 p.m. and is open to the public. It will be at City Hall in the council chambers.