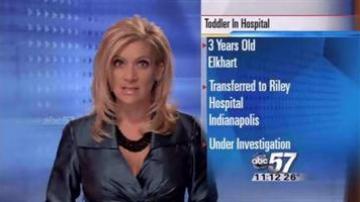 ELKHART, Ind. -- A toddler from Elkhart has been transported to an Indianapolis hospital.

There has been very few details released by police, but neighbors told ABC57 a 3-year-old girl lived in an apartment on South 3rd Street where police responded just before noon Thursday.

She was hurt badly enough to be taken to Elkhart General then later transferred to Riley Hospital in Indianapolis. Elkhart police are now investigating.

Stay with ABC57 News has we’ll have more information on this developing story.