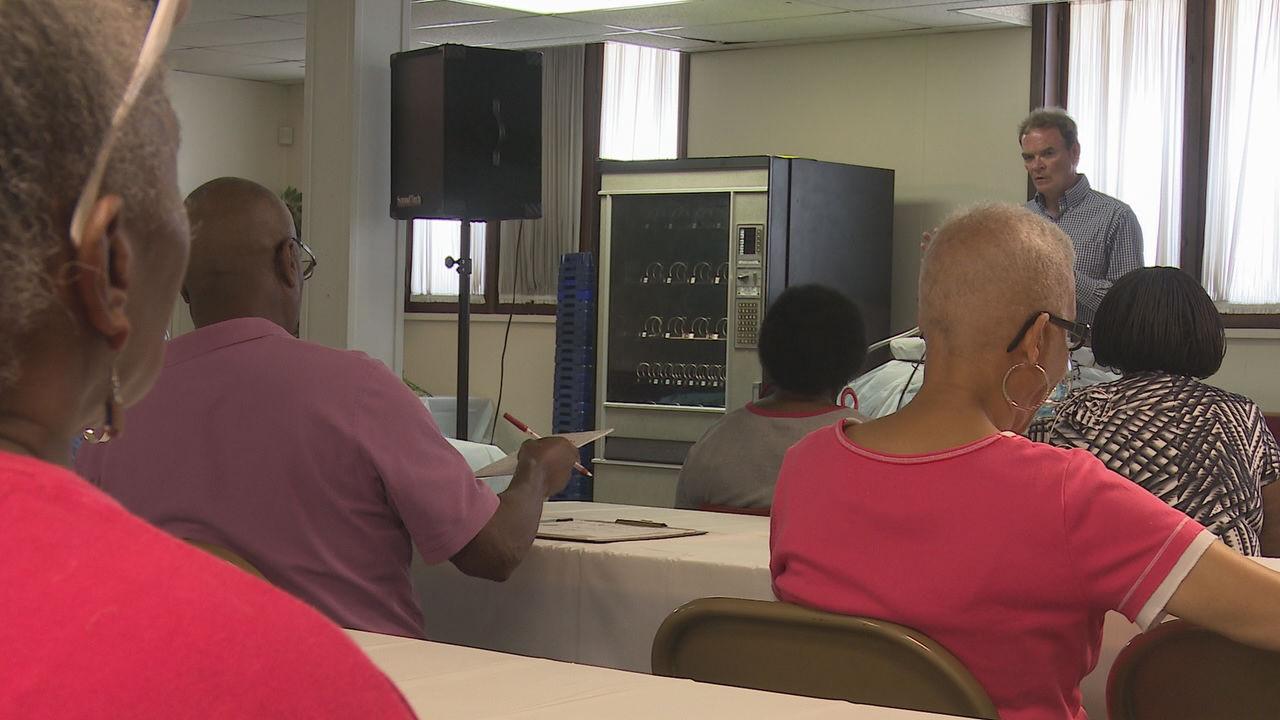 Elkhart’s mayor looks crackdown on crime on the heels of another incident of gun violence.

The hot topic during that meeting was what is the city doing to keep the streets safe.

That meeting happened at Greater Bethlehem Missionary Baptist Church and was one of a series of town halls the mayor is hosting in August.

The mayor says the city is in the middle of rebuilding its police department.

More community policing efforts are underway, but really the goal is to take a preventative approach to crime so shootings like Tuesday morning’s won’t happen too often.

“I’m not going to make excuses, this is my town, this is my police force, and these are my criminals unfortunately,” said Mayor Neese.

Owning up to a concerned crowd, Mayor Neese recognized there’s a crime problem brewing in his city.

“I think it’s despicable and we would like to get a handle on it,” said resident Ruby Cossey.

The mayor told the intimate audience the answer could be more proactive policing practices.

A shooting happened less than ten hours before the meeting.

And a week before that, there was a triple homicide just a six minute drive away from the church.

But still there’s hope and trust that a solution will come.

“We’ll get some things done that needs to get done,” said Kirkandall.

One of the mayor’s ideas it to implement take home cars for officers so there will be a quicker response to calls about crime.

The mayor will hold another town hall later this month.