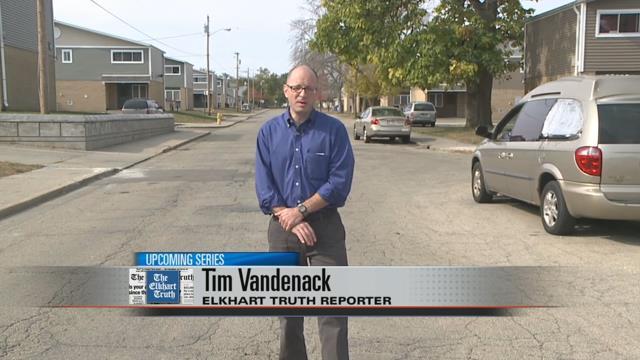 The Elkhart Truth is publishing a series called Down but not out: Life in south central. Reporter Tim Vandenack spoke with ABC57 about the series.

Residents say living in Washington Gardens can be tough.

He says there were a large number of calls from people about shootings.

A tree on the property is known for being the location where 16-year-old Ontario Brown was shot. He later died.

Vandenack says he got a much clearer sense of what it's like in Washington Gardens. He says there's a certain measure of apprehension among residents, but added it's not necessarily a place to be avoided or feared either.

“How are things here in Washington Gardens?” Vandenack asked another resident.

Throughout the spring, summer and the fall, Vandenack knocked on doors and spoke with countless residents.

He said it was an exciting story to tell because it gave him the opportunity to get to know the people and the neighborhood.

He says the series will tell a much brighter story about south central Elkhart and Washington Gardens than most people have heard before.

The three part series begins in Sunday's edition of The Elkhart Truth.