Elkhart works together to change community's perception of the police 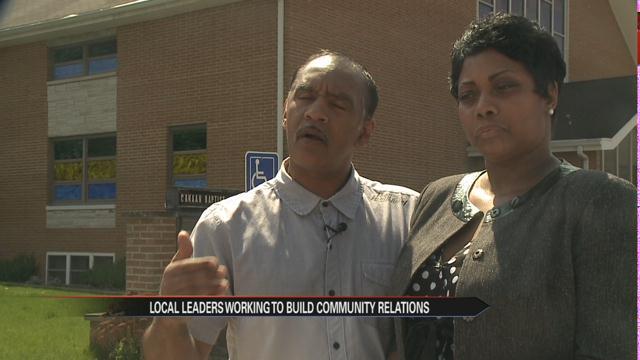 The spotlight on the recent riots in Baltimore once again drew attention to an issue largely present in the African-American community:

The lack of faith in law enforcement.

Elkhart Police say they're working to regain the faith of the community, including the clergy.

Pastor Stewart and First Lady Diane Stewart were on a mission when they joined the community.

“To help this quiet Midwestern town to be able to reengage with the upcoming culture of young people,” Rev. Stewart said.

Leading Canaan Baptist Church for more than six years, this ministerial team was taken aback by their youth members' perception of the police.

But they're not the only ones pushing for a change.

Elkhart Police say community engagement is their top priority, but there only so much they can do.

And Pastor Stewart welcomes this collaboration.

He believes police relations in this community are getting better.

“I have seen progress in Elkhart, there's a lot more we have to do,” he said.