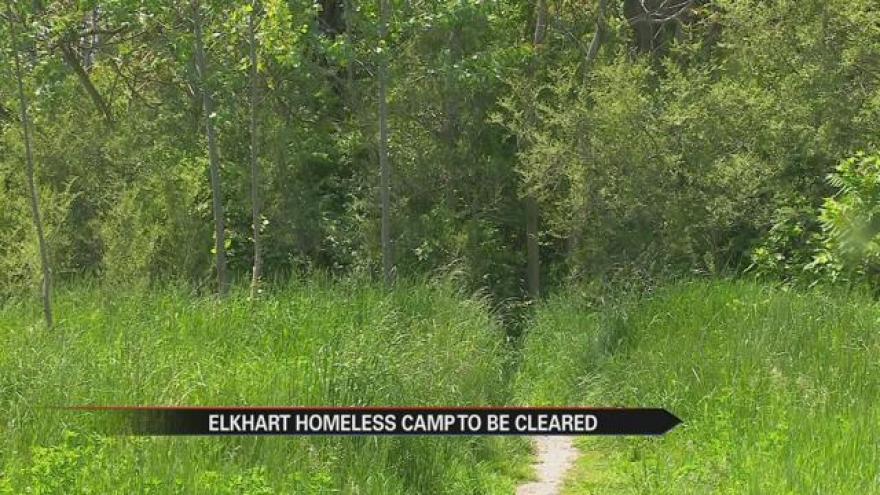 After money in Elkhart is approved to clear an area of land that currently houses the homeless many are concerned where they will go.

Right now it is unclear where the homeless will go but Faith Mission a nearby shelter says they have room but they also have rules.

Mayor Tim Neese says he does not like owning land the city is not doing anything with.

Mayor Neese lists reasons why the city will clear the overgrown brush from 16 acres of land near Dr. King Drive and 6th Street.

Development opportunities are also a motivator.

“We have had two interested parties wanting to build,” says Mayor Neese.

Either a community center or a business which grows trees then sells them to the RV industry could use this land.

But many in the neighborhood know that this means a section of their community will have to find a new place to stay.

“Yea they have been living there for some time and they will access our services on different levels,” says Ross Swihart, the Executive Director of Faith Mission.

Swihart has worked at Faith Mission for decades and says there are about five people who come in for food but they seem to choose tents in the woods over one of their hundred plus beds.

“Whether it’s our structure of society’s structure they aren’t really interested in it and that’s why they are ok with camping out in inclement weather,” says Swihart.

A neighbor who lives nearby says despite the debris and empty liquor bottles she has never had a problem with the people who live here.

“Not everybody lives the same, if they want to live the way they are and they aren’t bothering anybody then let them be,” says Urianna Jones of Elkhart.

ABC57 talked to three people who live back in the wooded area off camera. They say they have no idea where they are going to go.

They say they don’t feel like they can get ahead by living at a shelter like Faith Mission and don’t understand why they are being cleared out.

“While they are here, we do drug testing and we have a breathalyzer on the desk, so they have to remain drug and alcohol free,” says Swihart.

Mayor Neese says he is willing to provide some city jobs to those living in the wooded area.

The Building and Grounds Department will start cleaning up this area in a couple months.