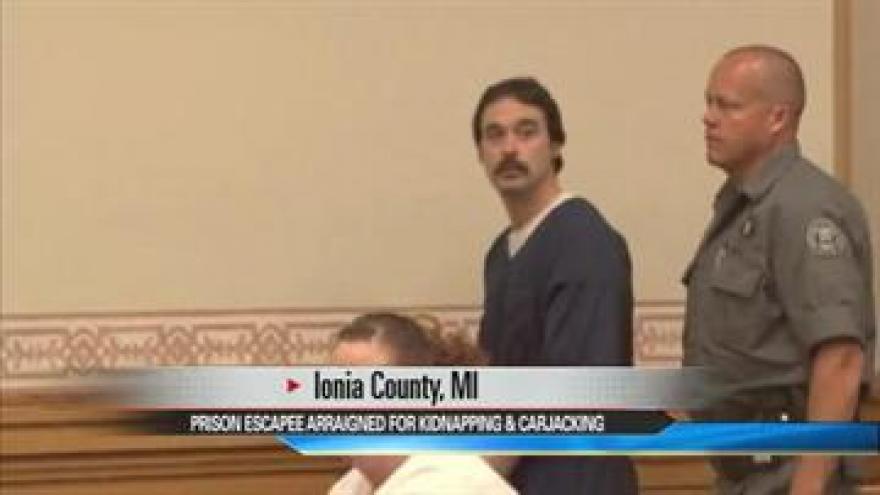 IONIA, Mich. -- Michael Elliot was serving multiple life sentences for four murders that happened in 1993. Elliot escaped from the Ionia Correctional Facility Sunday evening. The mother of one of his victims hopes police find him soon.

Michael Elliot was twenty years old and a Saginaw resident at the time of his arrest. Elliot and another man, Charles Treece, were charged with shooting four people to death and then setting fire to the home.

16 year old Tammy LaCross was also charged in the case. Her mother, Vicky Currie, was one of the victims.

LaCross testified that she and a fourth suspect, Paul Treece, waited in a car outside while Elliot and Charles Treece went inside the home and killed all four people.

The motive was to rob one of the victims of drug money.

Dorothy Tufnell, whose son Michael Tufnell was killed lives in Wayne County. She remembers Elliot showed no remorse during the trial.

"The family didn't know him at all. Even my son did not know him, the son that was killed," said Dorothy.

"The area down there was taken back by this event," said Michael Shea, Gladwin County Sheriff.

Shea was a deputy when the crimes were committed.

"We had some real good guys on the case, and a lot of good support from other agencies around the state," said Shea.

"You don't expect something like that to happen here," said Greg Start, who was on the Billings Township Fire Department. "I can remember it. We ran in there and there were bodies inside and it was bad, a bad deal."

Stark hopes Elliot is caught soon. So does Dorothy Tufnell.

"Yes, before he hurts someone else," said Dorothy.

Elliot appealed his conviction and a webpage was launched proclaiming his innocence.

"Do I feel they are responsible? Absolutely," said Shea.

Of the other three people convicted in the case, only one other person remains in prison.

Charles Treece is serving a life prison sentence for the crime.

Tammy LaCross was discharged from prison in 2005 and Paul Treece is currently on probation.