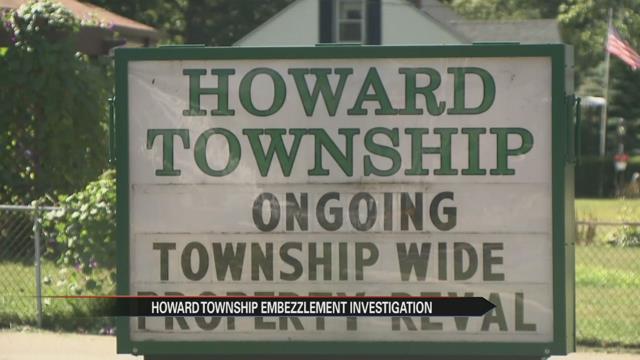 On Monday Michigan State Police announced there is an ongoing embezzlement investigation in Howard Township. An office employee was fired over embezzlement allegations and police reported that the person had been working there for 12 years.

Residents are not too happy to learn their hard-earned money is possibly missing.

Lacy moved to the Barron Lake area in Howard Township with his wife.

Lacy said, "I came here three years ago from the Chicago area, and I thought I was leaving all that corruption behind but when that letter arrived I knew it was right here in our own little town.”

A letter was sent out after August 14th to residents. John Kreske said he received the letter, and referred to township officials as "sketchy."

Kreske said, "I think they waste the township money!”

The letter said if you paid your property taxes in cash in 2014 and 2015, you need to contact them immediately and show your receipt.

Lacy said, “Cash payments are typically made by the poorest people in the community. people with disabilities or people who don’t have checking accounts. To have them go back and find their receipts is just an undue burden.”

According to police, they are also investigating missing rental payments and possible fraudulent health insurance payments. These are believed to be connected to the now former employee who police would not identify.

Lacy said, “For this to go on, I just have to wonder, there’s incompetence here at a criminal level quite frankly.”

According to Lacy the Howard Township Hall is the only rental property the township leases out for $50/day. Lacy said it was closed several months ago because the township told residents they were unable to pay to fix the structure of the building.

Lacy said, "The one thing that people in this community probably appreciate the most is no longer available and then to find out there’s two years of missing payments?”

MSP did not release how much money may be missing.

Township offices were closed on Monday and officials did not get back to ABC57 for comment.