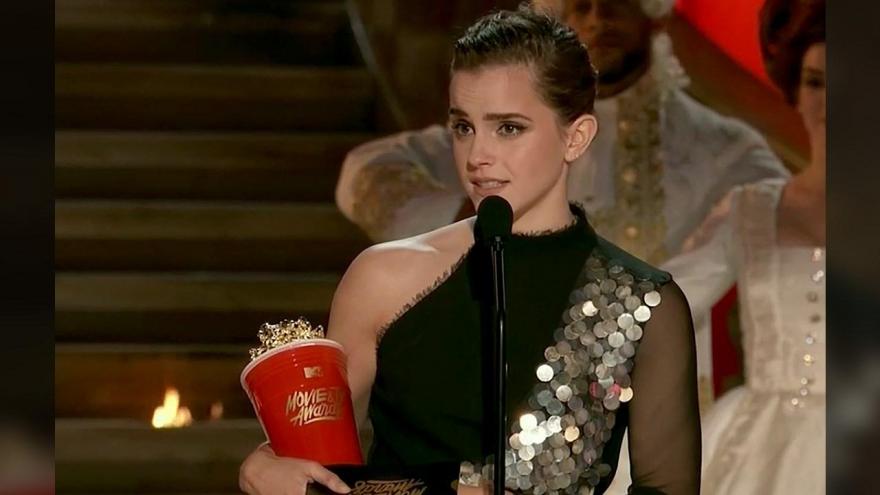 (CNN) -- MTV abolished gender-specific categories for its acting awards this year, giving the honor for best actor in a movie to Emma Watson for "Beauty and the Beast."

"MTV's move to create a genderless award for acting will mean something different to everyone," Watson, who played Belle in the film, said of the network's decision.

"But to me it indicates that acting is about the ability to put yourself in someone else's shoes and that doesn't need to be separated into two different categories."

Watson said the fact that this was the first year the fan-voted movie and TV awards had genderless categories made the honor more meaningful.

The star, who first became known for her role as Hermione in the Harry Potter films, is a feminist campaigner and UN Women Global Goodwill Ambassador.

Her competition for the best actor prize included Hugh Jackman and James McAvoy. "Beauty and the Beast" also won movie of the year.

"I think I'm being given this award because of who Belle is and what she represents. The villagers in our fairytale wanted to make Belle believe the world was smaller than the way that she saw it, with fewer opportunities for her. I love playing someone who didn't listen to any of that," Watson said onstage as she accepted the award.

The award was presented by Asia Kate Dillon, who identifies as non binary.

According to The Hollywood Reporter, Dillon called it "the first acting award ever that celebrates performance free of any gender distinctions."

"They don't care if it's coming from a male or a female. Gender doesn't really have anything to do with it," Whitewolf said.