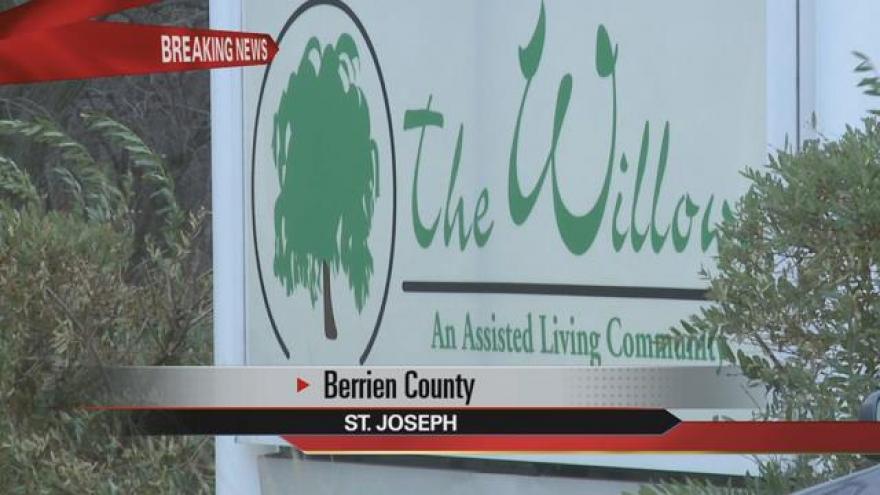 Wednesday morning a domestic dispute and kidnapping started at the Willows Assisted Living Facility in Royalton Township. 80 residents were in the building when a man came in and allegedly dragged his estranged wife out.

“I asked them to get on the PA and call a code black which is an intruder alert,” says Audrey Henriquez an Administrator at the Willows.

“I was called at around 6:15 this morning and they had already called 911.They had it on lock down and all the residents were kept in their room so there was no danger at that point but we thought it would be prudent,” explains Henriquez.

At that point 38-year-old Kenyatta Wright had already been taken away from The Willows by the suspect but how was he able to gain entry in the first place?

“We don’t keep the building on lock down status all the time so yes he was able to come in,” says Henriquez.

During lock down no one can enter the building even if they have the entry code. On a normal basis anyone who can read the sign posted next to the door has access.

“We don’t have visiting hours we are open 24 hours a day so family members can come in when they get off of work,” says Henriquez.

To keep an open environment for residents, Henriquez says staff has and will continue to receive safety training.

“Today was a great example that the training worked exactly how it was supposed to that I was very very pleased when I came in and they had hit all of the critical markers,” says Henriquez.

Management adds that this was an isolated incident so they are not looking into new security measures but will continue staff safety training.