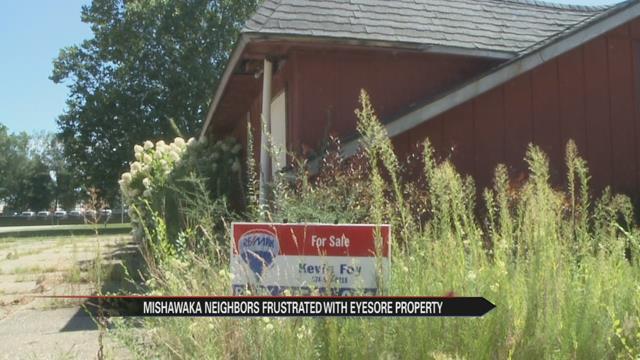 Some neighbors in Mishawaka are fed up with a vacant building in their neighborhood they say is causing big problems.

The building on Frances Avenue was originally built as a church in 1952, but neighbors say the congregation left about 20 years ago.

“It has been passed around for the last 20 years. There have been several different people in and out of it,” said Jeff Vance, who lives next door to the building.

Neighbors say the building is an eyesore and a nuisance.

“There are raccoons living in the attic of it. It’s been like this for years and nobody’s ever done anything about it,” Diana Sommer said.

The raccoons aren’t the only unwanted visitors. Neighbors say it’s a popular spot for questionable behavior.

“There’s suspicious activity from time to time that goes on in the parking lot,” Vance said.

The building was last owned by Power House Outreach Ministries.

Now, a “for sale” sign is posted in the front.

Kevin Foy, who works for RE/MAX, is in charge of selling the building, and says he’s doing so on behalf of a bank which now owns it.

Neighbors however, say the property is beyond upkeep and they want it torn down.