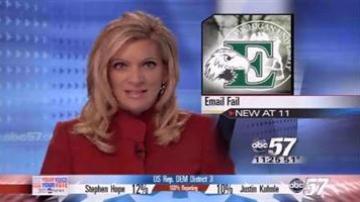 The school mistakenly told over 7,500 students they were getting kicked out of school because of bad grades.

Turns out the email went out by mistake to most of the coeds. Only 100 were really being academically dismissed. EMU said the incorrect emails were sent last week by a third party provider.

On Tuesday, the school's president apologized and called it an "inexcusable mistake."