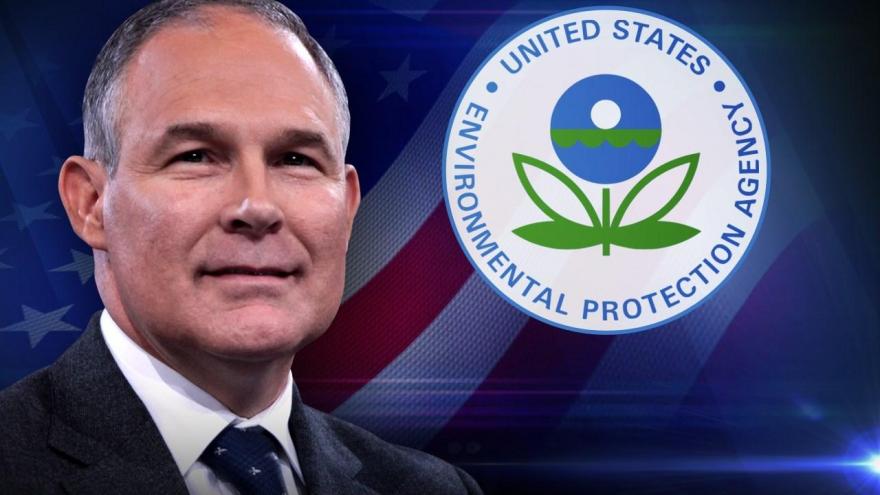 WASHINGTON (CNN) -- EPA Administrator Scott Pruitt is recusing himself from lawsuits he was previously involved in as attorney general of Oklahoma, including litigation over the Obama-era Clean Power Plan and Waters of the United States rule.

An official told CNN on Saturday that Pruitt is recusing himself only from litigation, not regulations.

"I am profoundly committed to carrying out my ethical responsibilities," Pruitt said in the statement. "While I have recused myself from making decisions on specific cases, it is my duty and privilege as the administrator of the Environmental Protection Agency to actively engage in rulemaking."

Pruit said his duties will continue to include pursuing President Donald Trump's regulatory agenda "by reviewing, revising or rescinding rules and regulations created by the previous administration that cause undue or unnecessary stress on American jobs or the economy."

Pruitt formally recused himself in an agency memorandum Thursday, saying he will not participate in 12 lawsuits, all but one of which were filed against the EPA.

The EPA statement said Pruitt will continue to consult with the agency's ethics counsel to ensure there is no question of impropriety in how it deals with litigation to which Pruitt had been a party as Oklahoma's attorney general.

Pruitt wrote in the agency memorandum that he will recuse himself from matters in which he has a financial interest or a personal business relationship and also said he has obligations outlined by the Oklahoma state bar and an ethics pledge he signed with the administration.

After speaking with the Office of General Counsel's ethics personnel, Pruitt said he will take a one-year "cooling off period" from the time of leaving state office and several other positions and will not participate in matters involving the state of Oklahoma, Southern Baptist Theological Seminary, Windows Ministry Inc., and the Rule of Law Defense Fund, which calls itself a "public policy organization for issues relevant to the nation's Republican attorneys general."