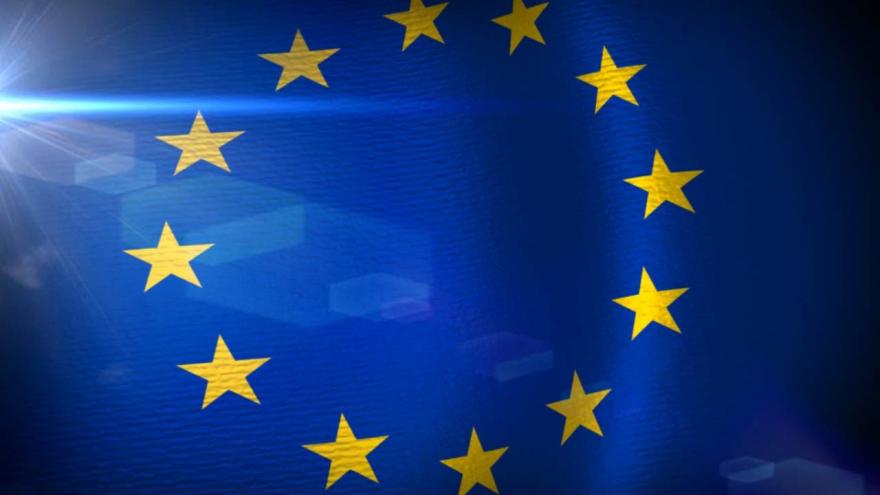 By Laura Smith-Spark and Yon Pomrenze

MOSCOW (CNN) -- The European Union has delivered a stern warning to the US over a plan to impose new sanctions on Russia, opening up the prospect of a rift between the two allies over how to deal with Moscow's foreign interventions.

EU President Jean-Claude Juncker said the bloc would act "within days" if it does not receive reassurances on the potential impact of new sanctions on European interests.

Russia also reacted angrily, saying the sanctions bill passed by the US House of Representatives on Tuesday risked worsening the already poor relations between the two countries.

The bill, drawn up largely in response to Moscow's alleged meddling in the 2016 US election, calls for new measures against Russia, North Korea and Iran. It also limits any effort by the White House to weaken such penalties.

The EU has previously coordinated with the US over sanctions in response to Russia's annexation of Crimea from Ukraine. But it fears the latest measures could hit companies that are involved in the financing of a controversial new pipeline, Nord Stream 2, that would carry natural gas from Russia to Germany.

Juncker said the bill could have "unintended unilateral effects" on the EU's energy security. "This is why the Commission concluded today that if our concerns are not taken into account sufficiently, we stand ready to act appropriately within a matter of days," Juncker said. "America first cannot mean that Europe's interests come last."

Germany, which strongly backs the new pipeline, said it was concerned over the sanctions. It would be "unacceptable for the United States to use possible sanctions as an instrument to serve the interests of US industry policies," Foreign Ministry spokesman Martin Schäfer said Wednesday.

France called the US bill "unlawful" due to its "extraterritorial reach," saying it could impact Europeans if enacted. "We have challenged similar texts in the past," the Foreign Ministry said in a statement. "To protect ourselves against the extraterritorial effects of US legislation, we will have to work on adjusting our French and European laws."

If the bill clears a vote in the US Senate, it then heads to the desk of US President Donald Trump. It is not clear if that will happen before Congress breaks for summer recess at the end of the month.

Trump has not indicated whether he will sign the bill, which also gives Congress a way to block any easing of new sanctions against Russia, North Korea and Iran, as well as older ones against Russia.

The House action came hours after Jared Kushner, the President's son-in-law and senior adviser, was interviewed by the House Intelligence Committee about the 2016 campaign and allegations that the Trump campaign coordinated with Russian officials to help defeat his opponent, Hillary Clinton.

Trump's presidency has been dogged by questions his campaign's ties with Russia and his pre-election promises to improve relations with Moscow. The Trump administration and the Russian government have consistently denied collusion.

Russian Deputy Foreign Minister Sergey Ryabkov warned that "the authors and sponsors of this legislation are taking a serious step towards the destruction of prospects for normalizing relations with Russia," according to state news agency Tass.

Ryabkov said the plan "does not fit the framework of common sense" but insisted Russia was "not succumbing to emotions" in its response.

"We will work to find ways to move forward, persistently, consistently looking for ways of searching for compromise on issues, which are significant for Russia and, I think, for the US," he said.

The Kremlin said the proposed sanctions bill was "sad news in terms of Russia-US relations" and for the "prospects of their development."

"This is no less disappointing from the point of view of international law and international trade relations," Kremlin spokesman Dmitry Peskov said. But he added that Moscow would wait to form a full opinion until the draft becomes law.

Iran's President Hassan Rouhani said his country would respond to the US new sanctions, according to Iranian state broadcaster IRIB.

"The US is continuing hostility towards Iran and Iran will definitely respond to US sanctions," Rouhani reportedly said during a cabinet meeting Wednesday. He did not say how Tehran would respond.

The European Union expressed frustration that it had not been consulted over the new proposals. "New sanctions should always be coordinated between allies," EU President Jean-Claude Juncker said in a statement.

The EU and the US imposed coordinated sanctions in 2014 over Russia's annexation of Crimea from Ukraine. President Barack Obama imposed further sanctions in late 2016 over alleged interference in the 2016 US election. Sanctions were also imposed under the 2012 Magnitsky Act, which targets Russians whom the US considers human rights abusers.

The latest set of sanctions against Russia are intended to penalize its alleged election meddling, as well as its human rights violations, annexation of Crimea and military operations in eastern Ukraine.

The White House has been sending mixed messages about whether it will support the bill, which represents a challenge to the President's authority.

However, aides and members of Congress from both parties say that if Trump does decide to veto it, there will be sufficient votes to override the veto and enact the bill into law.

Russian President Vladimir Putin has repeatedly ridiculed the sanctions and called on countries, particularly the United States, to drop them.

Moscow rejects claims it interfered in the US election process, insists its annexation of Crimea was legal and denies direct involvement in the conflict in eastern Ukraine.