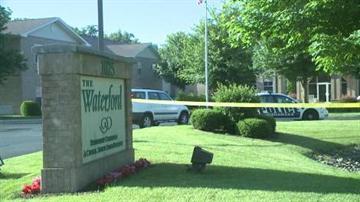 SOUTH BEND, Ind. -- According to both police and the executive director at the Waterford Christel Moryl's death appears to be a tragic accident. But we talked to a former employee and a family member of a Waterford resident and both said the accident was preventable.

"A couple residents that live there called me and said, 'Our worst fears have happened.’ And it was Christel,” said the former employee of Waterford.

The former employee didn’t want to be identified. She worked at the Waterford for five years and quit within the past year.

She knew Christel Moryl and says the news of her death is infuriating.

"I just feel that some of this could have been prevented and it made me madder because we have reported this to the state several times,” said the former employee.

The former employee claims she and other employees reported the Waterford not only to the state, but also to adult protective services.

"A nurse is only available to those people who sign up for the limited assistance program. The rest are not eligible if they fall and hurt themselves. There is no one that they can go to for help,” said the former employee.

The Waterford advertises 24 hour staffing as one of the amenities on their website. But no one on staff is a registered nurse.

Residents and their families must pay for a third party health care aide if the resident is in need of a nurse.

"If their health starts to fail or they have mild memory impairments and need medication reminders they can use the help of the home care agencies with the nurse and the aides to help them,” said Tonya Odell, the Executive Director of the Waterford.

Once the nurses leave for the day, only unlicensed staff members are left to aid in an emergency.

The former employee says most of the residents need more than just a temporary nursing assistant.

"The people they were bringing in just required so much assistance that that's all you did is go to people's apartments and try to take care of somebody who shouldn’t have been there in the first place,” the former employee said.

We asked the Waterford about these allegations.

The Waterford advertises itself as an independent living facility with limited medical assistance available.

So legally there are no violations.