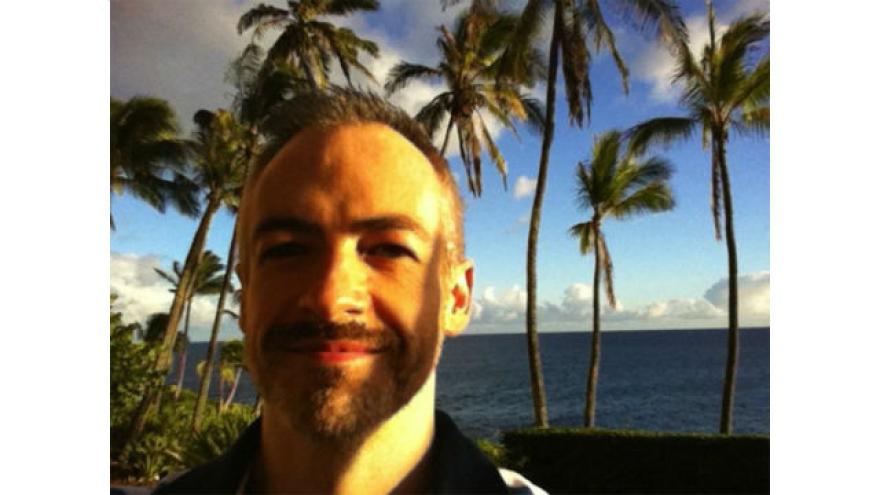 Wyndham Lathem, pictured, was arrested on August 4, 2017 in Oakland California in the stabbing death of Trenton Cornell-Duranleau. Photo courtesy Facebook

(CNN) -- An ex-Northwestern University professor who is accused of stabbing a man to death in his Chicago apartment appeared in court for the first time since leading police on a sweeping, cross-country manhunt that ended with his arrest last week.

On Friday, Wyndham Lathem was arrested in Oakland, California, in the stabbing death of Trenton Cornell-Duranleau, a 26-year-old cosmetologist, after making contact with authorities. Authorities found Cornell-Duranleau's body with multiple stab wounds in Lathem's Chicago apartment.

Lathem's attorney, Kenneth Wine, said his client was charged for "murder and fleeing" in Illinois, but he has not been formally arraigned on those charges.

Wine said in a statement Monday that the alleged crime is "totally contrary to the way (Lathem) has lived his entire life" and urged the ex-professor's supporters to "be patient."

Lathem waived his extradition rights in Alameda County Superior Court on Monday, and a judge determined that Lathem must be removed from California by September 6. Lathem invoked his Fifth and Sixth Amendment rights, and law enforcement officials will not be allowed to ask him any questions without an attorney present.

The former professor did not say much during his initial court appearance, donning a red jumpsuit and acknowledging the friends and family who were present.

Lathem was fired from Northwestern University on Monday, the school said. He has also been banned from the university's two campuses in Evanston and Chicago.

In a statement, Northwestern's Vice President for University Relations Alan Cubbage said Lathem was "terminated for the act of fleeing from police when there was an arrest warrant out for him."

Speaking to reporters on Monday, Wine called the move an "administrative action" that they will deal with "down the road."

Lathem was an associate professor of microbiology and immunology at Northwestern and joined the faculty in 2007. He had primarily researched bacteria that causes disease in humans, particularly lung infections, according to his university biography page, which has since been removed.

Another suspect in Cornell-Duranleau's murder, Oxford University employee Andrew Warren, turned himself in to police in San Francisco on Friday, according to the US Marshals. It was not clear Monday whether Warren had secured legal representation.

Warren is set to appear in court on Friday. Both men are now awaiting extradition to Illinois.

"The victim was savagely murdered," the official said. Police also recovered a broken blade, which the authorities believe to be the murder weapon.

The Cook County Medical Examiner's Office said the autopsy is not complete. Police also declined to elaborate on any possible relationship between the victim and the suspects.

Federal agencies, including US marshals, assisted in the search. Lathem's passport and Warren's travel visa were restricted while authorities were searching for them.

Prior to the arrests, Lathem had sent a video to his friends and family in which he talks about the biggest mistake of his life, a high-level source at the Chicago Police Department told CNN.

CNN has not seen the video and police are not releasing it, but Chicago Police spokesman Anthony Guglielmi said that Lathem could be seen "apologizing for his involvement in the murder of Trenton Cornell-(Duranleau)."

Cornell-Duranleau's death occurred the same day one of the suspects walked into the public library of Lake Geneva, a Wisconsin resort city about an hour's drive from Chicago, and made a $1,000 cash donation in the victim's name.

Cornell-Duranleau's death happened in an upscale high-rise apartment complex called the Grand Plaza Apartments. Resident Richard Aili told CNN affiliate WLS that he was in shock when he found out the news.

"This place is very safe," Aili said. "I've been here 14 years and I've never heard of problems such as that."