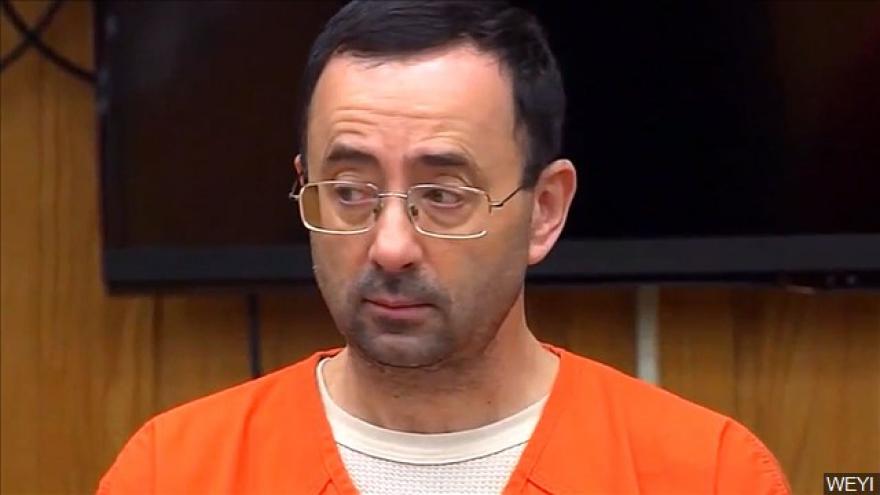 Former USA Gymnastics team physician Larry Nassar has been transferred to another federal prison, likely due to being assaulted shortly after he was imprisoned in Arizona. Photo courtesy WEYI

The Federal Bureau of Prisons website on Sunday shows the former Michigan State University and USA Gymnastics doctor is at the Oklahoma Federal Transfer Center in Oklahoma City. He had been imprisoned in Tucson, Arizona.

Nassar's attorneys said last month he was assaulted within hours of being placed in the general population at the Arizona federal prison.

Ralph Miller, a retired federal prisons worker who specialized in sex offender designations, tells The Detroit News the transfer is likely due to the assault.

Nassar pleaded guilty in two cases to molesting women and girls who sought treatment. He's serving decades in prison and likely will never be released.