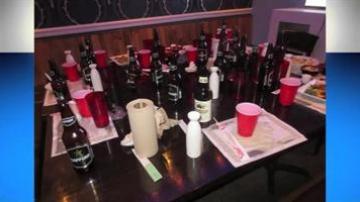 Officers said they arrived on scene after someone called in a complaint that alcohol was being sold to minors.

This is the second time in almost four months that this restaurant has violated excise laws.