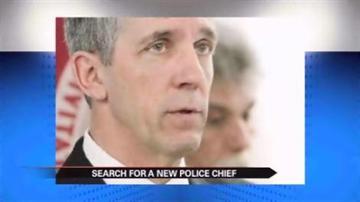 SOUTH BEND, Ind. -- Sources within the South Bend Police Department say the department recently received several letters about finalist Robert Teachman. The letters described why he should not be our next chief.

ABC 57's Jaclyn Kelley got a hold of one of those letters and talked with other high-ranking officer that worked under Teachman while he served as the police chief in New Bedford, Massachusetts.

In the letter, it states Teachman 'caused great dissension with his subordinates due to his condescending and arrogant attitude'. It goes on to say Teachman lacks that 'good leadership quality' and that morale was at an all-time low when he was chief.

So, ABC 57 news contacted the New Bedford Police Department to see what other officers had to say about Teachman's 10-years at the department.

A high-ranking officer, with years on the force, said these opinions are echoed throughout the department. According to the officer, who asked that he not be named, said Teachman retired abruptly after his relationship with the mayor crumbled.

Sources say when Teachman left there were 55 open internal affairs cases, along with nine active discrimination complaints against Teachman himself.

Teachman was most criticized for how he handled one of those internal affairs cases that involved an in-custody death. The officer says Teachman did not take action and left the problem to the incoming chief.

Good relations with city officials is a major concern and selling point for South Bend common council members who have been vocal about the search process since it began.