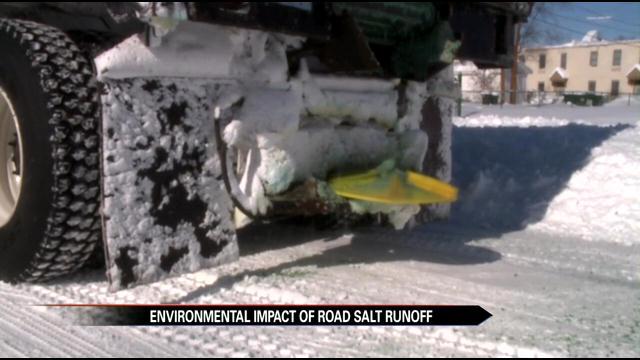 With temperatures jumping over 50 degrees Monday, Michiana saw a lot of snow melting along roadways.  But it has many concerned and asking where the salt goes when the snow melts.

An estimated 22 million tons of salt are scattered across roads in the United States every year.

"Sometimes it will go in the ground water and you might expect it to get into drinking water wells," says Richard Brown, the manager of operations with Envirocorp Inc. in South Bend.

The salt can find its way into streams, lakes, rivers, even ground water, which in theory, could affect the environment and cause problems with our drinking water, elevating the amounts of sodium and chloride.

Brown and his environmental engineering firm conducted a study to test the effects salt can have once all the snow melts.  He says for the most part, the salt gets diluted enough it doesn't make a huge impact.

Officials with the city of South Bend say they used 6500 tons of salt this season.